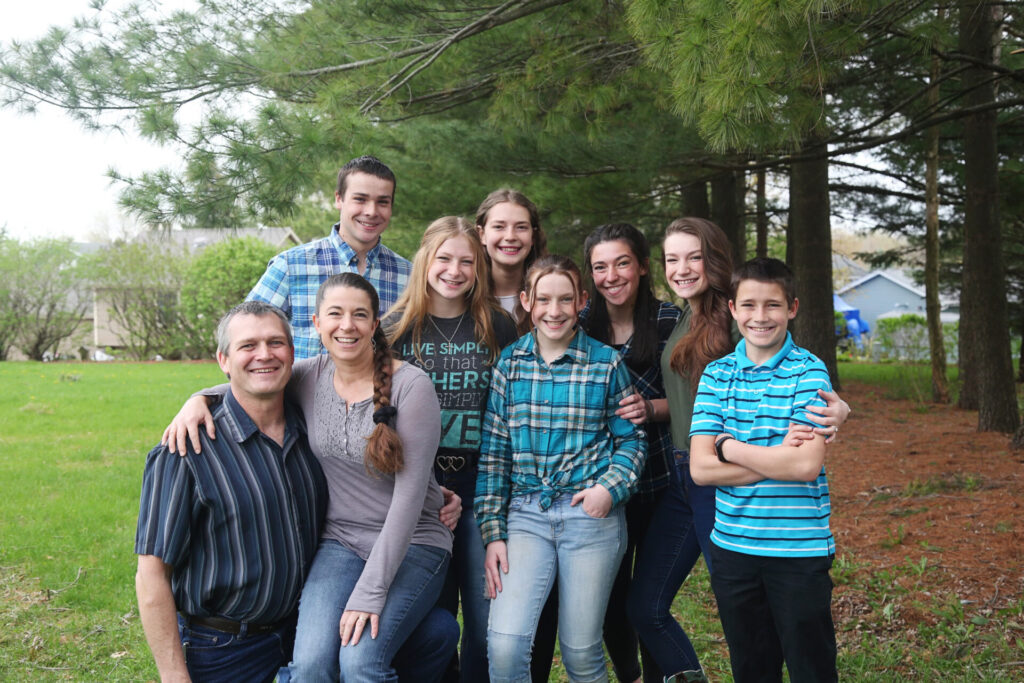 Mike and Tammy met in high school, and after seven years Mike finally got the courage to ask for Tammy’s hand in marriage. Actually, from the first date, Mike told Tammy he didn’t plan to marry until he graduated college and was debt free so he could go into ministry. At fifteen years old Tammy was okay with the plan. By God’s grace, both Mike and Tammy graduated in 1999, debt free, and wed on July 22, 2000.

The Dreiskes spent a month in Alaska on their honeymoon and stepped into a full-time camping ministry role that fall. They spent fourteen years at Beartooth Christian Camp and were blessed with seven amazing children.

They never thought they would leave Christian camping, but in 2014 God started to soften their hearts to a new ministry role. They left Montana, their home, and many dear friends and family members. They arrived in Illinois to work in the family business and help navigate the next chapter for the business.

In 2015, they were introduced to Victory, but the timing was clearly not right. Again in 2018, they applied for a role, and once again it was not the Lord’s timing. Early 2022 the door was opened again and this time the timing was perfect.

The Dreiskes enjoy the outdoors, the mountains, and absolutely love Christian camping. They are thrilled to be serving at Victory and look forward to being used by God to serve those who come to Victory Bible Camp.

II Peter 1:3
His divine power has given us everything we need for life and godliness through our knowledge of Him. who called us by His own glory and grace.

Click here to go to our secure donation Portal