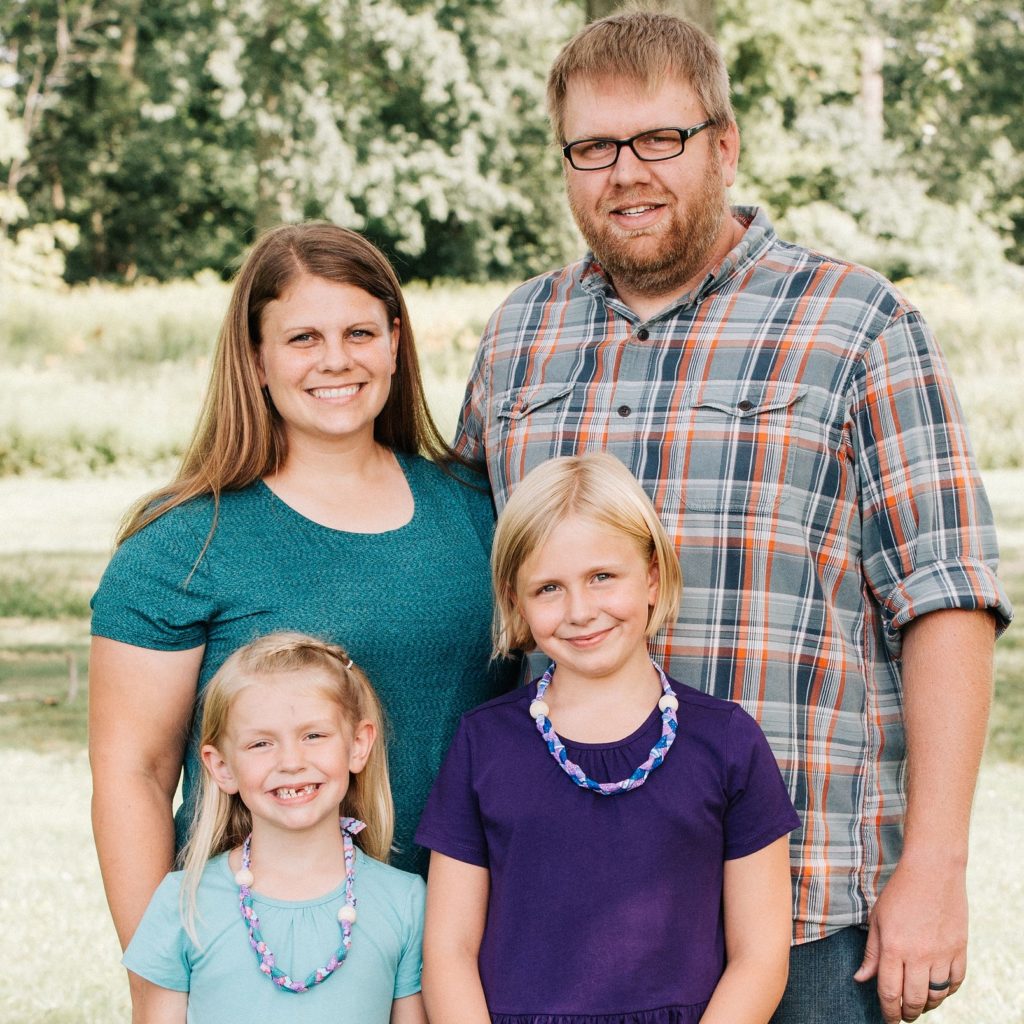 The Meeuwsens have been on staff at Victory since 2008, with several summers worked prior to that as seasonal staff. Aaron is originally from Michigan but Chelsea grew up in Anchorage, Alaska. They have been married for over 10 years and have two beautiful girls, Raylee and Skyler.

Throughout the year Aaron manages the finances for Victory as well as assists many of the other departments with operation related tasks. In the summers he is also the coordinator for our Doulos Program. Aaron loves the legacy that Victory has left in so many lives through the years and enjoys continuing that legacy working with these youth work teams, showing them Christ through the beauty that surrounds our campus.

Then the mother of Zebedee’s sons came to Jesus with her sons and, kneeling down, asked a favor of him. “What is it you want?” he asked. She said, “Grant that one of these two sons of mine may sit at your right and the other at your left in your kingdom.” “You don’t know what you are asking,” Jesus said to them. “Can you drink the cup I am going to drink?” “We can,” they answered. Jesus said to them, “You will indeed drink from my cup, but to sit at my right or left is not for me to grant. These places belong to those for whom they have been prepared by my Father.” When the ten heard about this, they were indignant with the two brothers. Jesus called them together and said, “You know that the rulers of the Gentiles lord it over them, and their high officials exercise authority over them. Not so with you. Instead, whoever wants to become great among you must be your servant, and whoever wants to be first must be your slave—just as the Son of Man did not come to be served, but to serve, and to give his life as a ransom for many.”

Click here to go to our secure donation Portal